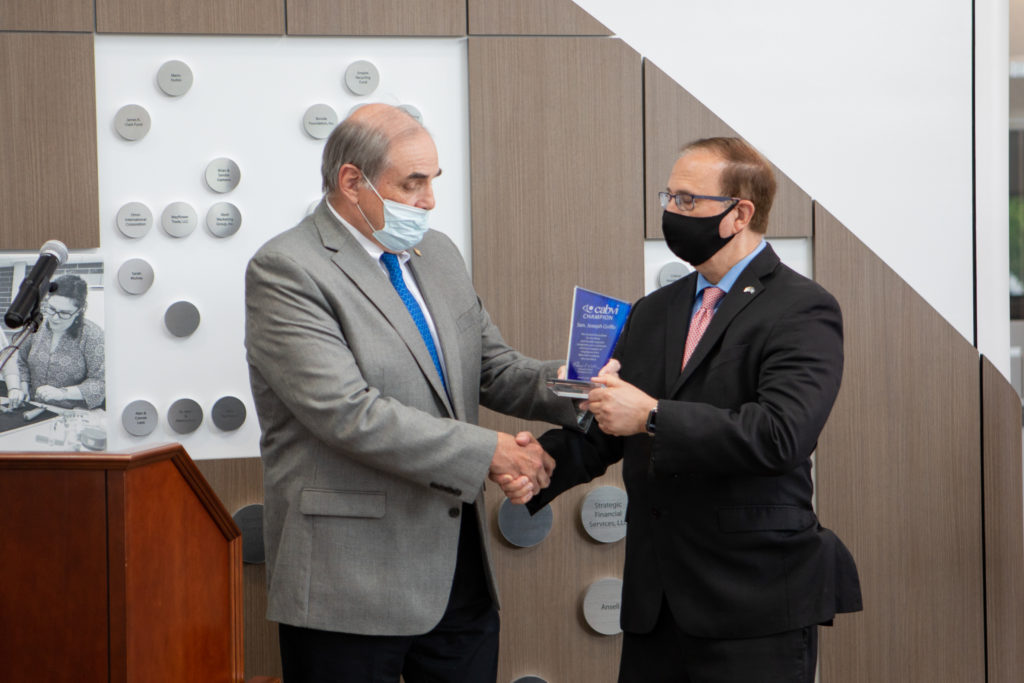 The Central Association for the Blind and Visually Impaired (CABVI) presented the inaugural CABVI Champion Award today to New York State Senator Joseph A. Griffo. CABVI’s Public Policy Team chose Senator Griffo for his persistent work and dedication to CABVI’s mission, along with the fulfillment of the CABVI Champion criteria.

CABVI Champions are New York State legislators “who support opportunities for economic and personal independence for people who are blind,” said James B. Turnbull, IV, Chairman of CABVI’s Board of Directors. “CABVI Champions are elected policymakers who have demonstrated support of nonprofit agencies serving people who are blind, in their district, through legislative actions.”

Added Edward P. Welsh, CABVI President & CEO, “Senator Griffo is dedicated to our common mission – to assist people who are blind or visually impaired achieve their highest levels of independence, going back to his days in the Oneida County Legislature.

“I am honored to receive the CABVI Champion Award. CABVI provides important resources and services to people who are blind or visually impaired and does important and exceptional work for the good of so many across our region and beyond,” said Sen. Griffo.

The CABVI Champion Award focuses on the Senator’s actions beginning with his election to the NYS Senate in 2008 including: