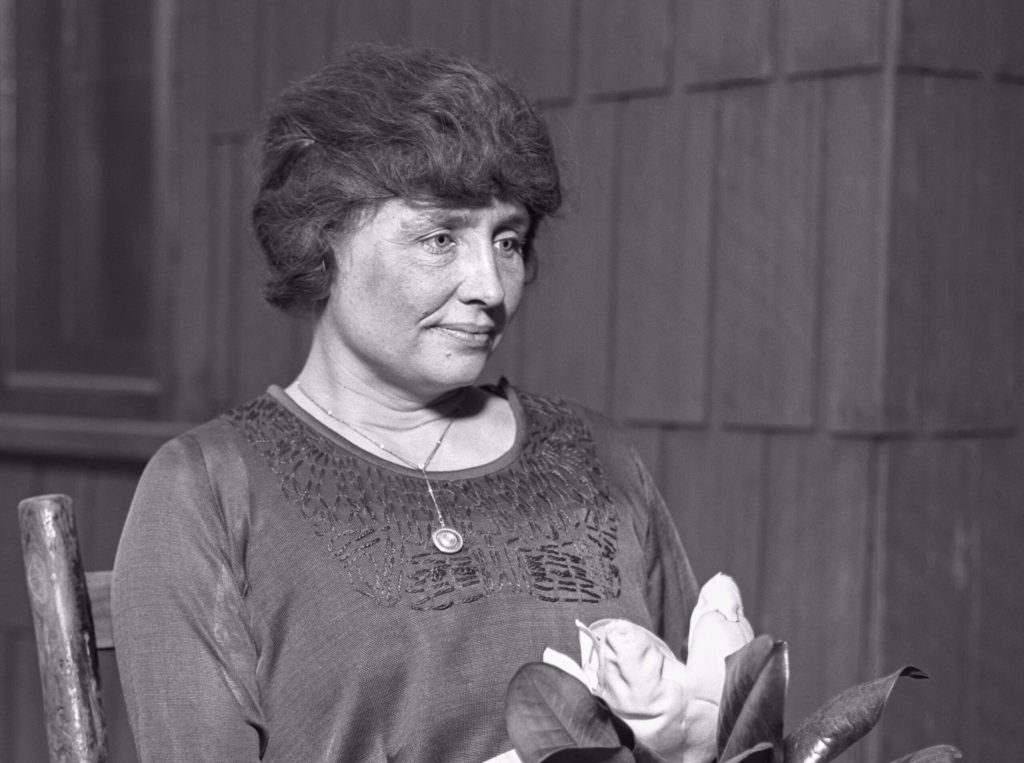 Hellen Keller was an extraordinary political and social activist who traveled the world to talk to global leaders and shape policies on vision loss. She continued to travel and advocate for disabled people up in to her 80s.

As a result of what is believed to be scarlet fever, Keller was blind and deaf at 19 months. She was described as being wild and unruly as she advanced into childhood. It was then her father reached out to Perkins School for the Blind asking for a teacher for Helen.

Anne Sullivan relocated from Boston to Tuscumbia March 3, 1887. Anne also suffered with vision problems, eventually having restorative surgery. When she arrived, Anne and Helen moved into a nearby cottage to focus on her teachings. Anne began by manually signing into Helens hand by spelling the names of objects out. Helen was quick to pick up on the words and began learning to spell many words and mastered the alphabet.

Helen attended the Cambridge School for Young Ladies before attending Radcliff College in the fall of 1900, receiving a bachelor’s of Arts degree. While in attendance she wrote her autobiography, The Story of My life.

Following graduation, Helen pursued activism. She championed for the rights of the minorities, protested the involvement in World War I, supported workers’ rights, women’s suffrage and became a member of the American Civil Liberties Union. Helen also dedicated 40 years of service to the American Foundation for the Blind.

AFB provided Helen with the opportunity to travel the globe and advocate for the needs of people with vision loss. From her travels, rehabilitation centers and education were built and made accessible for those with vision loss.

Helen made an impact wherever she traveled. Up to her death in 1968, Helen visited countries meeting with world leaders, as well as assisting new initiatives for the blind and visually impaired.